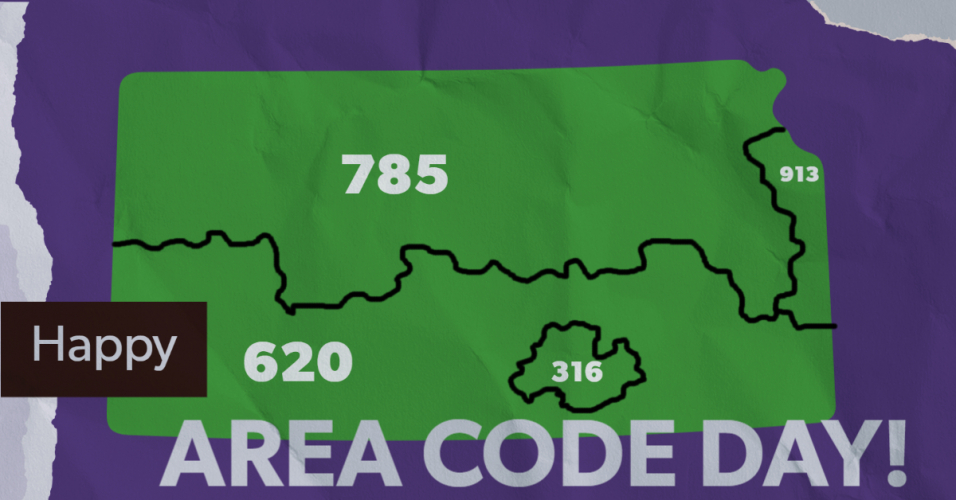 November 10, 2022
“Area code day? What is that?” you may ask. It may not seem like the most exciting holiday especially with Thanksgiving and Christmas around the corner, but it is a very interesting one at that. Area codes are unique 3-digit codes at the beginning of a phone number that indicates where the number is from. As a regional Kansas carrier, we only carry numbers with the following area codes: 785, 620, and 316. Area codes are an interesting concept because such a simple idea revolutionized how people made phone calls.

In the early days of phones, a person would call an operator and ask to be connected to someone else. In order to allow people to contact each other directly, a numbering system was created but soon, it was realized that there weren’t enough numbers to go around. In order to solve this issue, area codes were created and designated for certain areas which allowed numbers to be reused without giving more than one person the same exact phone number. Since the 1940s, area codes have been used even if they are often overlooked today.

So, on this Area Code Day, we suggest you celebrate by surprising a friend or a family member who lives in a different town or city by giving them a call! They might not know about area code day either but we’re sure you’re call will make their day!