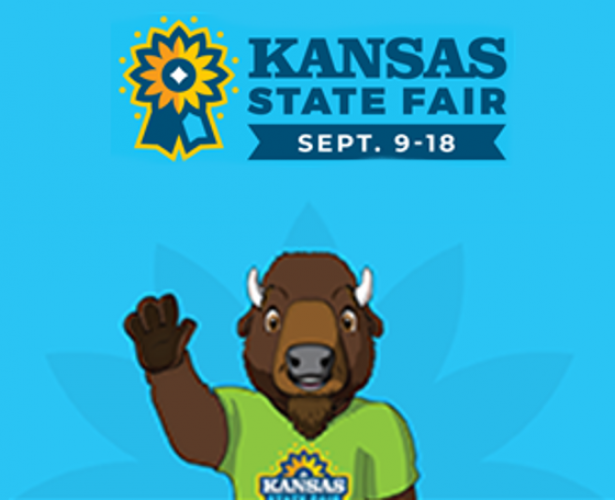 September is here and that means the Kansas State Fair is just around the corner! A lot of your favorite things about the fair are returning along with some new ones! For starters, the lineup for this years fair is out of this world.

That’s not all! Food is a must have at the State Fair and there are some notable updates to the menu that you do NOT want to miss out on! The Original Beer Garden will be serving up Burnt End Burgers as well as Waffle Cheese Curds with Syrup! In addition, Chicken City will be introducing the OMG Chicken Sandwich featuring a donut with chicken, bacon, and syrup! YUM! With these additions, there will be so much food it may seem impossible to be able to try it all. However, many food vendors will offer sample sizes of their most popular fried foods for just $2 on Tuesday September 13th. You can pick up a flyer at the gate for more information!

Another opportunity to check out this year are the additional camping options this year. Parking lots A, B, and C will offer $10 per night camping sites. These allow for tents (only in these designated areas) and do not include any services other than trash cans. This is an affordable way to make your time at the Kansas State Fair fun and memorable.